An Introduction to the Lord of the Worlds – Day 4 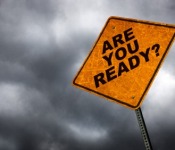 6. He is the Owner of the Day of Recompense, therefore He is the one who we have to answer to.

[Point of benefit #1: There is more than one way to recite the Quran, so this ayah (verse) can recited “maaliki” or “maliki”. The first word means “owner” and the second word means “king”. Both meanings enhance the understanding of this ayah.

Point of Benefit #2: The word “deen” has two meanings. One meaning is “recompense” and that is what it means in this ayah. As for the second, it is “a way of life”, as in “Islam is our deen”. We tend to incorrectly translate that as religion because Islam is more than a religion – it’s a complete way of life.]

So, what can we learn from this ayah?

a) Allah is the Real Boss.

We’re always so worried about what our employers, parents, spouses, etc have to say. Why is it that we don’t worry about what Allah will have to say to us on the Day when we will all be gathered unto Him?

b) Allah is going to question us about our deeds and then recompense us for them.

Perhaps we need to start thinking about the scene that will definitely take place – where Allah will question us about all of our deeds and then send us to Paradise or Hell depending on that.

And we ask Allah to make us of the people of Paradise and to save us from Hell.

c) No “waasta” is going to work on that day because He is the only one in charge.

“Waasta?”, say those who don’t live in the Arabian Peninsula.

That’s a hard word to translate but let’s just say that it is sort of used for “connections”.

Waasta is one of the most overused words in this country (i.e. the Emirates) and everyone is obsessed with how they can get some waasta.

What waasta are we going to use on the Last Day?

There’s not going to be any.

Waasta will not work with the Owner of the Day of Recompense. Only those righteous deeds that one does intending to seek His pleasure will help.

d) Allah is the One that we’re going to have to answer to – nobody else.

Let’s take a common scenario that happens to many of us. In the last post, I mentioned how many people (especially new Muslims) get confused with all the differing opinions.

What happens after this? Well, quite a lot of them stop practicing altogether. Some others just go crazy (I’m not kidding). Others spend time just thinking about who is right and wrong.

A question to those in such situations: What are you worried about? Being misguided?

So, if you’re not sure you’re on track, you have to pray to Him and continue doing good deeds to earn His pleasure.

You should NOT be worried about what others have to say about you.

The same applies to all those who are worried about what others will think about them for either practising Islam or not practising certain aspects of it.

If you are trying to practice Islam, then don’t worry about what others have to say. The human race is excellent at commenting about others.

Think about what Allah will say to you on the Last Day and continue trying to do good deeds.

As for those who have deficiencies (and we all have deficiencies but I mean in cases where it is unfortunately quite obvious like the women who do not wear hijab or the people that do not pray 5 times a day or the people that drink wine), then they should be worried because Allah will ask them about it, not because people are pointing fingers at them.

Let me give you a common scenario. A woman, who does not wear hijab, covers herself just for her Islamic classes, not outside them.

Does that scenario sound familiar?

I’ve never been a fan of the half-hijab, because it doesn’t make any sense that a woman covers specifically in front of a group of women, when the point of hijab is that it should done in front of non-mahram men.

What do I suggest to these sisters? Change your intention and start wearing it (everywhere, not just those classes) for the sake of Allah and not for the sake of your classmates or teachers. They are not going to be the ones to question you so don’t be worried about what they say.

Even if you appease them with the in-class hijab, you will still have to answer to Allah about not covering yourself properly at the other times.

Also, remember that if we have weaknesses (and we all do), we should complain to Allah about our condition and ask Him to strengthen us.

So, to those sisters: Ask Allah to make you love the hijab and to make it easy for you to put it on.

This was just an example. I think we can all find instances in our lives, where we did things because we were worried about what other people will say.

And as I said, we really should not care. For every scenario, we need to ask ourselves what Allah will say to us, and then act accordingly.

And if we have deficiencies, we should try to reduce them and continue doing other good deeds.

e) We’re going to be asked about everything – absolutely everything.

“And the Book (one’s Record) will be placed (in the right hand for a believer in the Oneness of Allah, and in the left hand for a disbeliever in the Oneness of Allah), and you will see the Mujrimun (criminals, polytheists, sinners, etc.), fearful of that which is (recorded) therein. They will say: “Woe to us! What sort of Book is this that leaves neither a small thing nor a big thing, but has recorded it with numbers!” And they will find all that they did, placed before them, and your Lord treats no one with injustice.” [Surah Al-Kahf (18) : 49]

You know all those deeds (good or bad) we do in secret? Allah knows about them all and He is going to ask us about them.

So, what should we do?

He said: “I advise you to be shy of Allah, the Most High, as you would be shy of a righteous men from your people.” [Sahih Al-Jaami, Hadeeth No. 2541. No, I’m not linking to Dorar because I got finally bought Sahih Al-Jaami, alhamdulillah, and I can see the narration with my own two eyes. However, the first part (Saeed’s words) are not in my copy of Sahih Al-Jaami. I read it here.]

Subhan Allah, when a righteous person comes to us, we behave like such nice people because we don’t want to look bad in front of them but why should we care what they think??

I recall my own story from years ago. I used to be a music and movie addict. Once I read a poem which asked us what we would do if the Prophet (salallahu alaihi wasallam) visited us. Would we hide our music CDs, the writer asked?

That struck me. If he came to visit, I would have to hide a whole lot of things and that didn’t sound right.

Another realisation that struck me was when I would go to the cinemas. At the time, I had started to attend Islamic classes.

The cinema was in a very famous mall. I remember thinking “I hope that my Islamic studies teacher doesn’t see me going to the movies!”

And then it struck me. Even if she couldn’t see me, Allah could see me, and I couldn’t run away from Him.

Alhamdulillah, that was one of the things that led me to giving up all of that rubbish (the movies and music, I mean. Both of them are pure rubbish – completely useless things which have no value whatsoever).

So, we shouldn’t just be good when everyone can see us. We need to be good all the time (or at least try) because Allah can see us wherever we go – and He is the one who is going to ask all the questions on the Last Day, not the Islamic studies teacher nor the Imam of the masjid.

f) Allah won’t just ask us what we did in Ramadan.

Many people give up music and movies in Ramadan. What about the other months?

PS. Okay, I see that this series is becoming more about us. I will rectify this matter in the next post, insha-Allah, and focus more on Allah.

PPS. I’m not making the posts too long due to time constraints. I hope that’s okay with the rest of you.